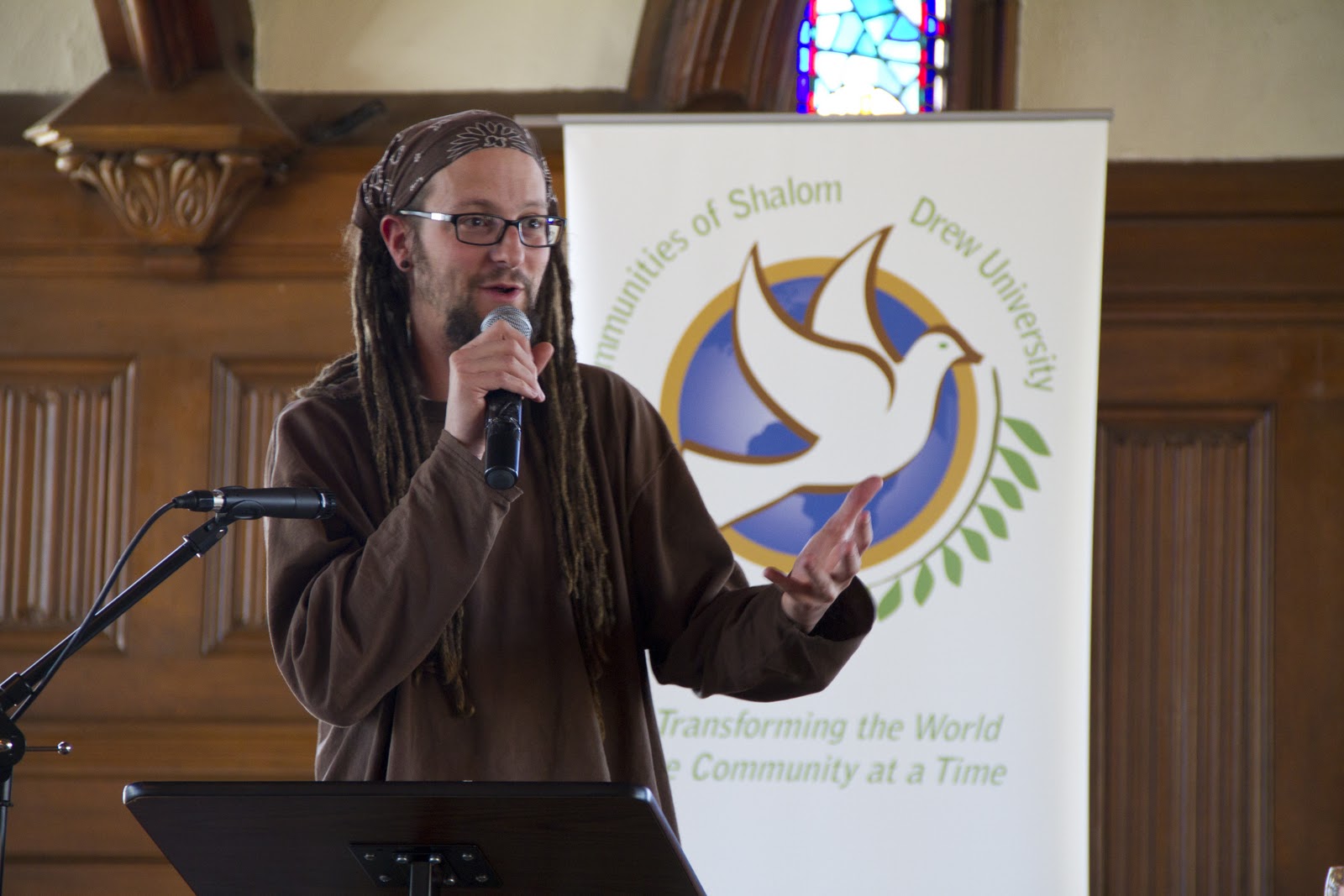 “Jesus seeks to form a new kind of people, a different kind of party [revolution], whose peculiar politics [identity] are embodied in who we are.  The church is a people called out of the world to embody a social alternative that the world cannot know on its own terms.  We are not simply asking the government to be what God has commissioned the church to be.  After all, the government cannot legislate love… The church is not simply suggesting political [radical] alternatives.  The church is embodying one.––Shane Claiborne, “Jesus for President”

The “Jesus for President” rally at Drew Theological School with Shane Claiborne on February 22 was intended to be provocative.  During this divisive time in American politics, with Republicans and Democrats vying for power and position, pushing their own agendas rather than the common good, slashing budgets and fighting about how to deal with and dice up Mammon…we need some ‘Red Letter’ Christians to ask the Mother of all questions:  What Would Jesus Do if Jesus were in our shoes?

During this time of political meanness and positioning over budget cuts and self-interest, we need prophetic leaders to stand up to the Principalities and Powers in Corporate America, in Congress, in the Administration (as well as point the figure at us) and boldly ask:

“Ladies and Gentlemen, I present to you…a promoter of Jesus for President,   a prophet from the Great State of Tennessee…Mr. Shane Claiborne!”–is how I introduced him.  Although it was done light-heartedly and with tongue in cheek, Shane’s radical politics and biblical platform for Jesus included:

Some have called ‘the simple way’ of Jesus that Shane espouses as a “new monastic movment”– intentional Christian communities of urban monks springing up in many places as part of a new Reformation of ‘resurrecting Church’.

The ‘Jesus for President’ rally posed the right questions for provoking discussion on how to, in Shane’s words, ‘resurrect the Church’ and ‘become the answer to our prayers.’

one of Shane’s articles: